There is a common misconception in the United States regarding firearm registration. According to smartgunlaws.org, a poll showed that roughly 70% of Americans believe there to be a national firearm registry. In practice, we have repeatedly heard this mistaken belief from individuals. We have heard District Attorneys ask an individual whether a firearm was properly registered. At the same time, we have heard gun owners speak of firearms registered in their name, or ask about grandpa’s old unregistered firearm. 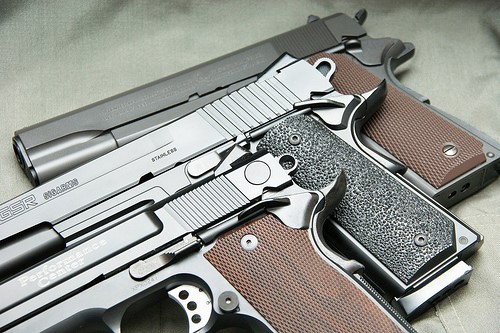 At present, there is no general national firearms registry. While the National Firearms Act (NFA) requires registration of certain weapons, your more common handguns and long guns need not be registered at the federal level. A 2012 article from The Blaze suggests that there are approximately 270 million firearms in the United States, only 3.1 million of which are subject to the NFA, and in turn registered. As a result, just over 1% of firearms in the United States are registered at the federal level.

Even at the state level, firearms registries are few and far between. While our neighbors in New York require registration of certain firearms, this is the exception rather than the rule.

Quite opposite, Pennsylvania specifically declares that the state does not have the authority to require registration of firearms.

Notwithstanding any section of this chapter to the contrary, nothing in this chapter shall be construed to allow any government or law enforcement agency or any agent thereof to create, maintain or operate any registry of firearm ownership within this Commonwealth. For the purposes of this section only, the term “firearm” shall include any weapon that is designed to or may readily be converted to expel any projectile by the action of an explosive or the frame or receiver of any such weapon.

This law was enacted in June of 1995, almost twenty years ago. In 2004, the Supreme Court of Pennsylvania was presented an issue as to the scope of § 6111.4. Allegheny Cnty. Sportsmen’s League v. Rendell, 580 Pa. 149 (2004). Under Pennsylvania law, in-state handgun transfers must go through a Federal Firearms Licensee or the Pennsylvania State Police (PSP), barring certain exceptions. Ultimately, PSP maintains the records of such transfers. Consequently, the plaintiffs sued for injunctive relief, asserting that the maintenance of such records violated § 6111.4. The Court held that PSP’s maintenance of these records did not violate §6111.4 because the records did not constitute a “registry of firearm ownership.” Rather, the records only reflect certain sales and transfers of handguns. 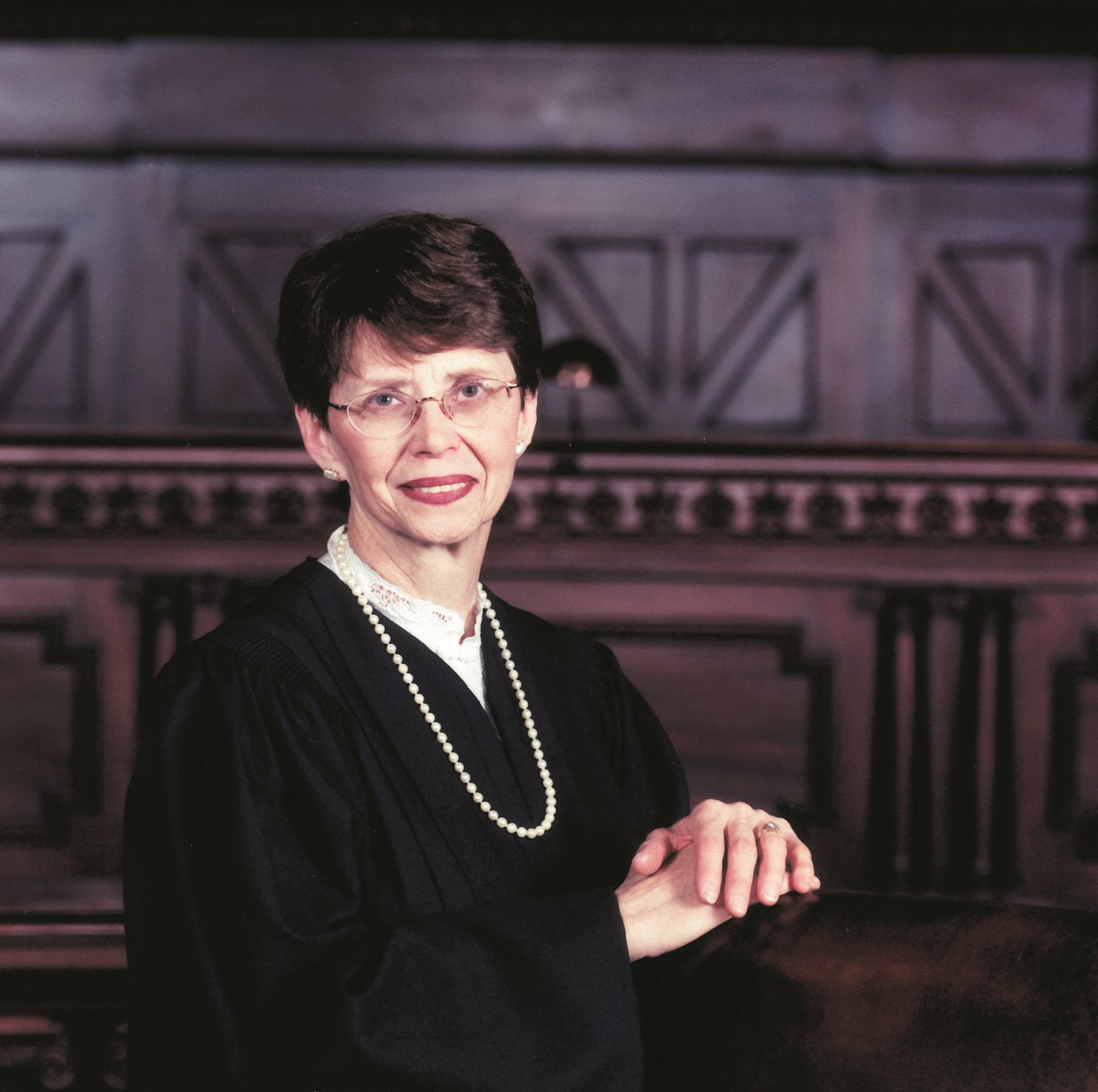 In the Commonwealth Court, Judge Friedman wrote a concurring and dissenting opinion, which strongly disagreed with the Court’s ultimate holding. Judge Friedman reasoned:

Based on the plain meaning of the words in section 6111.4 of the Firearms Act, I believe that a database of handgun sales is a “registry of firearm ownership.” Words and phrases in a statute shall be construed according to their common and approved usage. A database is a collection of records, and a “registry” is an official record. A handgun is a “firearm” because it is a weapon designed to expel a projectile by the action of an explosive. A sale is a transfer of “ownership” from one person to another. No further analysis is necessary; the words are clear and free from ambiguity. A database containing records of handgun sales is a “registry of firearm ownership.”

Judge Friedman provided additional support for her reasoning in a footnote 3 (emphasis in original):

Irrespective of Judge Friedman’s disagreement with the Court regarding the scope of 18 Pa.C.S. § 6111.4, a group of legislators in the Pennsylvania House of Representatives now aim to change the law completely. Earlier, these representatives introduced House Bill 503 will be referred to as “the Firearm Registration Act.” It seeks to impose registration requirements upon all handguns and long guns, as it defines a firearm as “[a] weapon which will or is designed or restored to expel a projectile or projectiles by the action of any explosive, the frame or receiver of any such device or any firearm muffler or silencer.” House Bill 503 can be viewed in its entirety here. 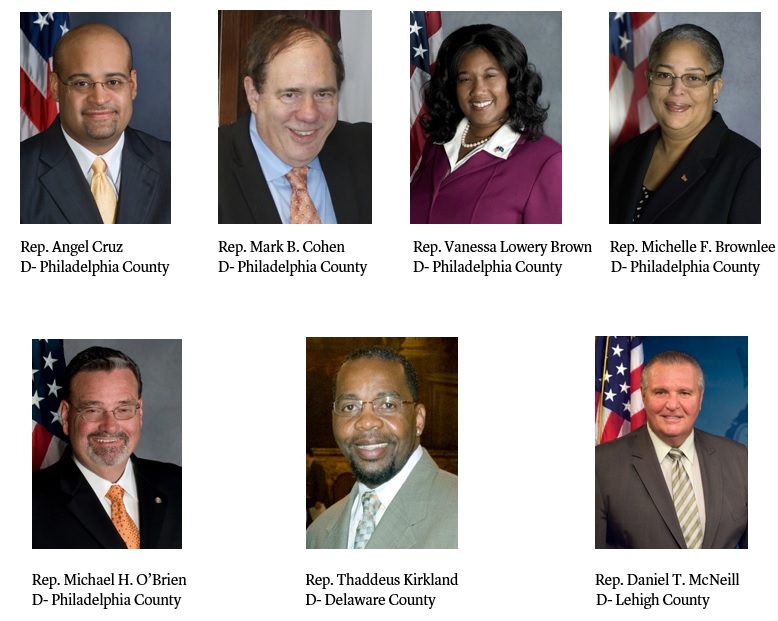 The general rule states, in pertinent part, “All firearms in this Commonwealth shall be registered in accordance with this section. It shall be the duty of a person owning or possessing any firearm to cause the firearm to be registered. No person within this Commonwealth may possess, harbor, have under the person’s control, transfer, offer for sale, sell, give, deliver or accept any firearm unless the person is the holder of a valid registration certificate for the firearm.”

Provided the language of the general rule, the requirement would not be limited to purchases following the law’s enactment. Rather, those who presently own firearms as defined in the bill would have to register each of their firearms according to the procedures provided. The bill provides for exceptions, however none would apply to modern handguns or long guns owned and possessed by common citizens.

What would registration entail? 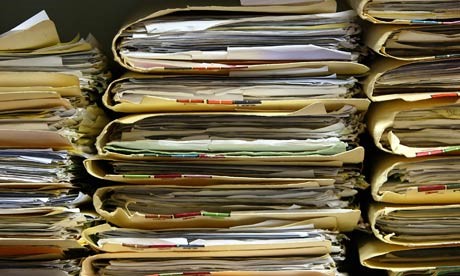 First, the owner would have to provide PSP with the following:

Furthermore, there is a “catchall” provision, allowing PSP to require “Additional information as the Pennsylvania State Police may deem necessary to process the application.” 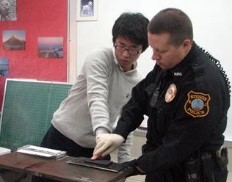 Several duties would also be imposed upon PSP. First, PSP would be required to keep “an accurate record of each application received and acted upon together with all other information and data pertaining to the application on all applications for owner’s registration certificates issued or denied under this act. Applications for owner’s registration certificates shall be numbered in consecutive numbers as filed, and each certificate issued shall be identified with the duplicate number of the application upon which it was issued and shall expire automatically one year from the date of issuance.

It would be the citizen’s duty to renew registration of each firearm annually, not just once. Applications and renewals will cost $10 per firearm.

The bill also includes a requirement of each registrant to report any and all lost or stolen firearms within 48 hours. Registrants would also be required to notify PSP of any change in information (i.e. name or address changes) within 48 hours.

Registrants would also be required to report “the sale, transfer or other disposition of [a] firearm not less than 48 hours prior to delivery.” This would alter the current state of the law, as private transfers of long guns need not be documented to date.

Finally, there is a provision regarding how firearms must be kept, which is unlike any other Pennsylvania law. While it is a portion of the proposed Firearm Registration Act, it does not have to do with documentation or registration. It reads:

Each person holding a registration certificate shall:

The language and lack of punctuation makes this provision somewhat confusing. There are two ways it could be interpreted.

For the purpose of this discussion, we’ll label each portion of the provision.

(a) Keep any firearm in the registrant’s possession unloaded and disassembled or bound by a trigger lock, gun safe or similar device

(c) while at the registrant’s place of residence or business or while being used for lawful recreational purposes within this Commonwealth.

One way to read it is that firearms must be kept (a) unloaded and disassembled or bound by a trigger lock, gun safe or similar device (c) while at the registrant’s place of residence or business or while be used for lawful recreational purposes within this Commonwealth, (b) unless the firearm is in the registrant’s immediate possession and control.

If this were the proper reading, in those three instances ― in the residence, in your business, or use for lawful recreational purposes― each firearm must be unusable unless it is in the registrant’s immediate possession and control.

Another way to read it is to combine sections (b) and (c) as one complete qualifier. After all, (b) and (c) are written in order without as much as a comma separating the two. Under this reading, firearms must be kept unusable unless in the registrant’s immediate possession and control within the registrant’s residence or business, or being used for recreation.

That interpretation would essentially ban functioning firearms anywhere outside of home, work and recreation. There appears to be no exception for those who hold a License to Carry Firearms. This would be a tremendous change to the present state of the law. While no license is generally necessary to open carry in Pennsylvania [save Philadelphia, see Open Carry In Philadelphia: Shall Not Be Questioned?] this would all but eliminate Pennsylvania citizens’ ability to bear arms in defense of themselves outside of the home or work, whether licensed to carry a firearm or not.

It will be interesting to see whether this particular provision becomes a major point of debate within the “Firearm Registration Act” considering it has nothing to do with registration or documentation, but rather controls to manner in which citizens may keep their firearms once they are registered.

Overall, this bill proposes several dramatic changes to the state of the law in Pennsylvania. Penn LAGOs are encouraged to keep a close watch on this bill, as it could have a major impact on your legal gun ownership. It is important to know and understand the proposed changes in law, because as LAGOs, it is our responsibility to avoid becoming accidental criminals. Finally, should you have a strong stance regarding the substance of the bill, feel free to contact your state representatives. This bill is in its infancy, and there remains the opportunity for your voice to be heard.