Are Firearms without Serial Numbers Illegal?

Are Firearms without Serial Numbers Illegal?

If you’re a Law Abiding Gun Owner (LAGO) who primarily uses modern firearms, a firearm without a serial number would probably look strange to you. In fact, it should look strange to you, and in most cases someone selling you or giving to you a firearm with a tarnished serial number should nearly give you a heart attack. Although our younger generations have never lived in the America where serial numbers were optional, this was in fact the case long ago. At that point in time, the manufacturers held the power to choose whether or not to utilize serial numbers. Some did as per their own internal policies. Others didn’t. How did we get to practice we know today?

In 1934, Congress enacted the National Firearms Act (NFA). At the time, it was the most restrictive federal firearms legislation that had ever been enacted in the United States. It didn’t apply to every gun as it defined “firearms” somewhat narrowly.

According to the NFA Handbook (produced by BATFE, see http://www.atf.gov/content/firearms/firearms-industry/guides/publications-firearms-national-firearms-act-handbook), “Congress found these firearms to pose a significant crime problem because of their frequent use in crime, particularly the gangland crimes of that era such as the St. Valentine’s Day Massacre.”

The NFA imposed several restrictions in efforts to reduce the criminal use of these particular weapons. Among many other restrictions, the act required all firearms subject to the NFA to have serial numbers on them. 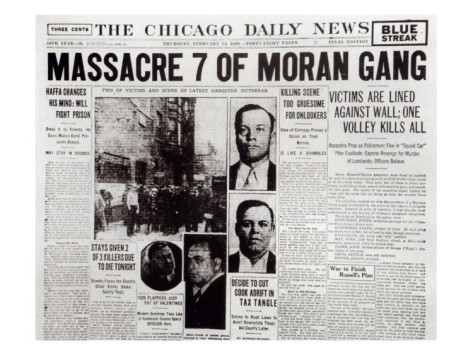 Retrieved from www.nationalcrimesyndicate.com- on January 3, 2015.

In 1968, the Gun Control Act (GCA) imposed numerous additional requirements in the arena of gun manufacture. As per the GCA, all firearms manufactured or imported into the United States are required to bear a serial number. This law ―which was effective October 22, 1968― extends the serial requirement beyond the specific group of NFA regulated firearms.

If a gun doesn’t meet these requirements, it’s important to make a few determinations to be certain to maintain LAGO status. It is entirely possible to come across a pre-’68 gun with no serial number. However, it’s vital to be certain that the serial number wasn’t grinded off, removed, or obliterated.

There’s also a similar provision in the NFA making it a crime to “to receive or possess a firearm [as defined by the NFA] having the serial number or other identification required by this chapter obliterated, removed, changed, or altered.” 26 U.S.C. § 5861(h). 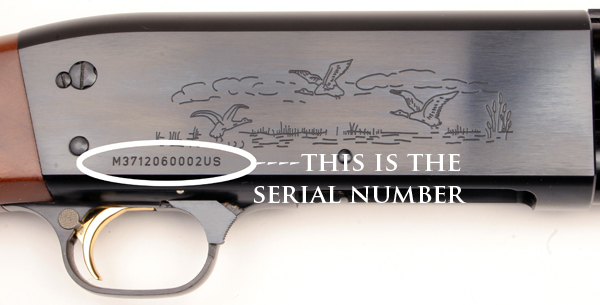 Retrieved from ithacagun.com on January 3, 2015.

The message seems to be, if it isn’t there, it better not have ever been there. However, there appears to be a tricky period between the enactment of the NFA in 1934 and the GCA in 1968:

With regards to firearms which are not subject to the NFA, it would appear that it was not necessarily illegal to obliterate, remove or alter the serial number before October 22, 1968. As previously mentioned, the manufacturers of non-NFA firearms held the power to choose whether or not to utilize serial numbers until 1968. Regardless of when it was done, the GCA made it illegal to merely possess a firearm if the serial number had been obliterated, removed or altered. What was legal to possess on October 21st of 1968 became illegal to possess the following day.

*While it is our understanding that certain grace periods were recognized, the precise duration remains unconfirmed by any reliable sources. For the purpose of promoting a clear and fluid discussion, we will suppose there was no grace period. Any issues encountered within the last 40 years fall well outside of any possible grace period.

First, some contend that the GCA posed ex post facto issues. Found in the United States Constitution, “[t]he ex post facto prohibition forbids the Congress and the States to enact any law ‘which imposes a punishment for an act which was not punishable at the time it was committed; or imposes additional punishment to that then prescribed.’” Weaver v. Graham, 450 U.S. 24, 28 (1981) quoting Cummings v. Missouri, 4 Wall. 277, 325–326, 18 L.Ed. 356 (1867).

However, it doesn’t appear that the GCA serial number provision necessarily constitutes an ex post facto prohibition. We must identify the offense to be punished. Under the GCA, the obliteration, alteration or removal of serial numbers on non-NFA firearms is illegal. If the law were to punish individuals for having done so before October 22, 1968 (at which point doing so was legal) the law would certainly qualify as ex post facto, and be invalid under the United States Constitution. 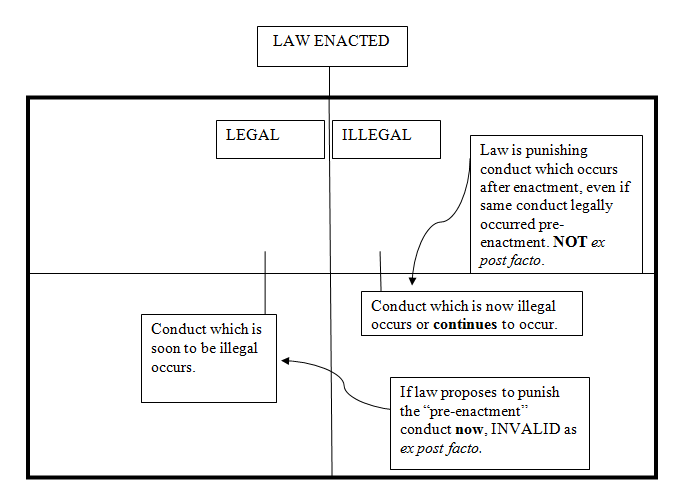 On the other hand, the GCA additionally prohibits the possession of a non-NFA firearm with serial numbers which have been destroyed. Because the law came into effect on October 22, 1968, the law would only technically prohibit possession from that point on. Because possession is an offense which takes place in the present tense, this provision would not be ex post facto. Even though possession of a firearm with obliterated serial numbers was completely legal on October 21, 1968, one’s possession of that same firearm two days later would be illegal. Because the law punishes the conduct of possession, which has occurred after the law has been enacted, the law is not ex post facto and is valid.

As a result, it seems that if an individual destroyed the serial numbers on a non-NFA firearm before the GCA was enacted, that particular conduct cannot be punished. More importantly, however, if that individual were to keep that firearm after enactment of the GCA, the conduct of possession could be punished, as the punishable conduct has occurred after enactment of the law.

The second potential argument comes in the form of the Takings Clause. For an extremely in-depth discussion, see The Public Use Test: Would a Ban on the Possession of Firearms Require Just Compensation? http://scholarship.law.duke.edu/cgi/viewcontent.cgi?article=3833&context=lcp

The Fifth Amendment prevents the government from taking private property for public use without providing the owner with just compensation. Takings are not limited solely to physical confiscation, but can stem from regulations which leave owners with no alternative use for their property, or a severe diminution in value. In order for the taking to require compensation, it must be for public use. Public use has additionally been somewhat narrowly construed. In fact, the Court has made a distinction between active use and passive benefit. Ultimately, in order for a compensable taking to have taken place under the Fifth Amendment, these factors must be present.

In the case of the GCA, there may very well have been legal owners of non-NFA firearms with obliterated serial numbers before 1968. Due to the enactment of the GCA, these firearms would become illegal, and have no alternative use whatsoever. There would be no opportunity to sell or transfer the firearms, as the federal law completely prohibited this. They could not keep them for the personal use they intended, as continued possession had been criminalized under the act. Unfortunately, although it is clear that a taking took place, this would not likely constitute a compensable taking. Although the GCA restrictions were enacted for the benefit of the public —so Congress claimed— the restrictions did not intend to initiate active public use. Rather, they were enacted under Congress’ enumerated powers over interstate commerce. The action under the commerce clause has been confirmed by the Court as valid. Consequently, it is unlikely that the GCA regulations could constitute a compensable taking under the Fifth Amendment.

As for those pre-GCA guns which were manufactured without serial numbers, some are still on the market. A dealer buying or selling a non-NFA firearm made before 1968 and without a serial number need only record “Made prior to 1968, no serial number” or “NSN” in the serial number space on his transaction record. Unless there is a state or local requirement, he need not apply a number or obtain a number from the police or BATFE.

There’s another possible scenario in which there is no serial number, and that is in the case of a home build. As of late, there has been a 80% or 60% receiver complete craze. In these particular cases, the gun cannot be sold or transferred and must only be for the manufacturer’s own personal use. If it is a home build manufactured by yourself, using your own equipment, for your own personal use, no serial number is required.

Although not required, BATFE has stated: “ . . . we suggest that the manufacturer at least identify the firearm with a serial number as a safeguard in the event that the firearm is lost or stolen. Also, the firearm should be identified as required in 27 CFR 478.92 if it is sold or otherwise lawfully transferred in the future.” http://www.atf.gov/firearms/faq/firearms-technology.html Again, this is simply a suggestion and not a legal requirement. 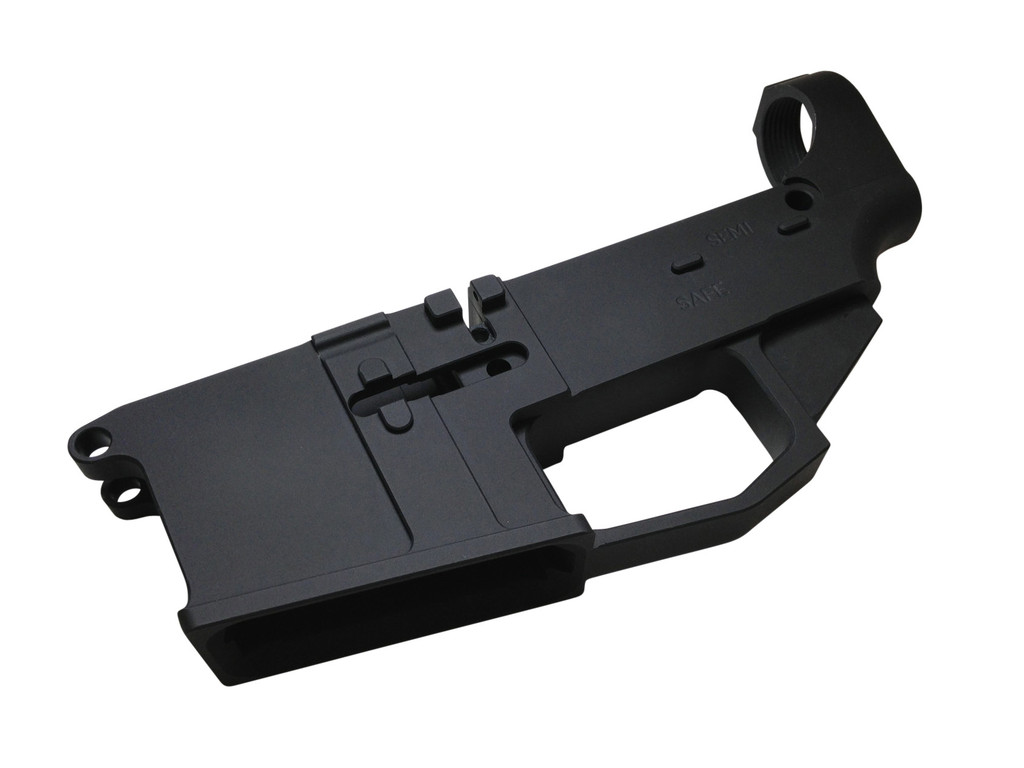 This applies strictly to non-NFA weapons, so if you want to home build it into an NFA via a Form 1 submission and approval, then NFA requirements control. In that case, a Form 1 must be filled out and approved before making it to a NFA controlled firearm and when it is completed, there must be proper markings per the NFA.

Because of the long-standing serial number requirements, a LAGO should definitely expect to see them on firearms. While the lack of a serial number might be shocking at first, and is certainly a legitimate cause for concern, it doesn’t always render the gun illegal. If you encounter a firearm without a serial number, be sure to consult with professionals to ensure that the firearm is legal to possess.

For more beneficial reading on the topic, check out: