While there are many things that can jeopardize gun ownership, few are more frustrating than an involuntary mental health commitment under Section 302 of the Pennsylvania Mental Health Procedures Act. The reason a 302 commitment is so frustrating when it comes to gun ownership is because  while a 302 is clearly a disqualifier under Pennsylvania law, for a long while it has been unclear if a 302 commitment is a disqualifier under Federal Law. 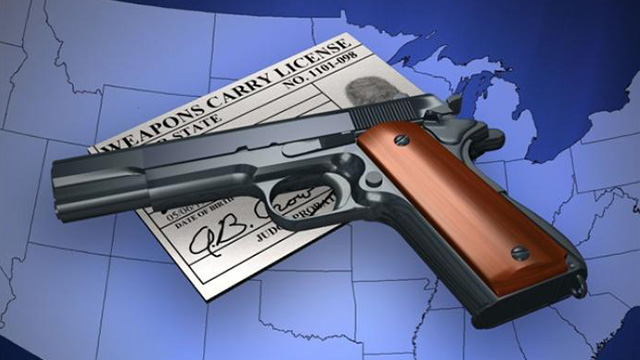 The pertinent statute under Federal Law is 18 U.S.C. Section 922(g)(4) which defines the disqualifications for an involuntary commitment. 922(g)(4) reads:

“It shall be unlawful for any person … who has been adjudicated as a mental defective or who has been committed to a mental institution … to ship or transport in interstate or foreign commerce, or possess in or affecting commerce, any firearm or ammunition; or to receive any firearm or ammunition which has been shipped or transported in interstate or foreign commerce.”

The federal regulations go on to specifically define “adjudicated as a mental defective” and “committed to a mental institution.”

Adjudicated as a mental defective.

(a) A determination by a court, board, commission, or other lawful authority that a person, as a result of marked subnormal intelligence, or mental illness, incompetency, condition, or disease:

(b) The term shall include –

Committed to a mental institution.

Section 302 of the Pennsylvania Mental Health Procedures Act provides for an emergency involuntary examination and treatment not to exceed 120 hours when there is a reasonable belief that a person is severely mentally disabled to the extent that immediate treatment is required. When a person is admitted to a treatment facility pursuant to Section 302, there is no formal hearing, no court order, and no judicial findings of fact. A person can be “committed” simply upon a brief examination by a physician. These examinations are routinely shorter than 5 minutes. To say there is no due process is an understatement. Quite often, people will be admitted under section 302, only to be released a short time later without any mental health disorders diagnosed. Up to now, even this process results in the loss of your rights to own and possess firearms in Pennsylvania.

Under Pennsylvania Law, a 302 commitment is a disqualifier. If you have been committed under Section 302, you may not own, possess, use, or transfer firearms. However, Pennsylvania law provides an avenue to have those rights reinstated if you can prove that you can possess a firearm with no risk to yourself or others. The difficulty has been whether or not a 302 is a federal disqualifier. Once the rights are lost, the only option is to have a hearing before a judge. In order to reinstate your rights, the judge must find that the commitment pursuant to Section 302 should never have happened in the first place. That is a very difficult burden to overcome. So even if your rights are reinstated in Pennsylvania, you still potentially have a federal disqualification.

We finally have received some guidance from Federal Courts in the case of Alton Franklin v. Jeffery Sessions, Et. Al.  The decision was just handed down on December 21, 2017. This case is a huge victory for those gun owners who have suffered a disqualification pursuant to a 302 commitment. Many thanks to Josh Prince for a hard fought and well earned victory in this case.

In Franklin, the United States District Court for the Middle District of Pennsylvania determined that, as applied to Mr. Franklin, his 302 commitment was not a disqualifier under Section 922(g)(4) of the United States Code. The court stopped short of holding that a 302 commitment is never a disqualifier. However when reading the details of the case, the application to Mr. Franklin would be the same for the vast majority of people with 302 commitments. The reasoning of the court is that Mr. Franklin’s “commitment” under section 302 did not meet the definitions of “adjudicated mental defective” or “committed to a mental institution.”

The court went on to further say that the “commitment” of less than 24 hours was not sufficient to be considered a commitment under section 922(g)(4). The court pointed to the language is Section 302 of the Mental Health Procedures Act, most notably that the word “commitment” is completely lacking from the language of the statute. Section 302 provides for “emergency examination and treatment not to exceed 120 hours.” For these reasons, which are discussed at length in the case, the court found that Mr. Franklin was not disqualified from possessing firearms under Section 922(g)(4). The full text of the case can be found here.

Prior to the United States District Court issuing this decision, Mr. Franklin had already had his Pennsylvania Firearms rights restored under 18 Pa.C.S. 6105(f) . Section 6105(f) allows for restoration of firearms rights following a 302 commitment by showing that the person may possess a firearm without posing a threat or risk of harm to himself or others. Now that it has been determined that his 302 commitment was not a federal disqualifier, Mr. Franklin has both his Pennsylvania and Federal rights to possess a firearm restored.

This case is a victory for gun owners because the vast majority of 302 commitments happen in the same way and the reasoning applied to Mr. Franklin’s case will be applicable to most cases. This means that if you have been involuntarily committed pursuant to Section 302, there is an avenue to have your firearms rights restored. Keep in mind that the Pennsylvania Mental Health Procedures Act provides for extended involuntary commitments under sections 303, 304, and 305. These commitments are not addressed in this case and are still considered disqualifiers under both Pennsylvania and Federal Law.

If you have suffered a loss of your firearms rights because of a brief involuntary commitment under section 302, please fill out the form below today to start working to get your rights restored.