Justified Part 3: The Castle Doctrine and Stand Your Ground 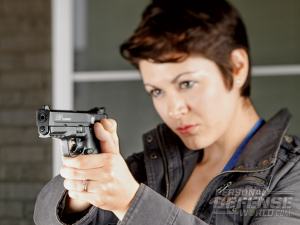 Retrieved from personaldefenseworld.com on 11/26/14.

In our prior post, we wrote about Pennsylvania’s Law Abiding Gun Owners (LAGO) and self defense: JUSTIFIED: Does Pennsylvania Law Allow for Use of Force in Self-Defense?

Now we want to add on to that knowledge and talk about the The Castle Doctrine and Stand Your Ground in Pennsylvania.

It’s important for LAGOs to know and understand when you can use your weapon in Pennsylvania. More precisely, you must understand the situations in which the law permits you to use deadly force.  As discussed in our recent post regarding self-defense, any use of your firearm can be considered deadly force in the eyes of the law.

We’ve established that deadly force is justified only when “the actor believes that such force is necessary to protect himself against death, serious bodily injury, kidnapping or sexual intercourse compelled by force or threat . . . .”

While you generally cannot use deadly force if you can avoid the threat completely safely by retreating, Pennsylvania has prominent exceptions to the duty to retreat. These exceptions are spelled out in the statutes commonly referred to as The Castle Doctrine and Stand Your Ground. 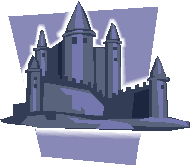 First, if you’re not the initial aggressor, there is NO duty to retreat at home. In other words, if you are to use deadly force in self-defense at home, you will not lose your affirmative defense just because you didn’t sneak out your back door. In some states, if you can sneak out the back door safely, you must do so instead of using your firearm. Does this protection afforded to intruders encourage criminal activity? In Pennsylvania, we don’t have to worry about it.

Additionally, if you’re not the initial aggressor, there is generally no duty to retreat when you are at work. However, before you can use deadly force against a co-worker, you do have a duty to retreat if it can be done with complete safety. You can use your imagination as to why the legislature felt it necessary to include that exception. An interesting twist on deadly force against a co-worker at work would arise if a co-worker took another co-worker hostage. Imagine our “friend” Chris the Criminal, having taken a job in corporate America, losing his mind after the copy machine jammed one too many times. He grabs Cindy and places a knife against her throat, going on a wild rant about everything he hates about the world. If Larry the LAGO is behind Chris, he might be able to retreat with complete safety, for example, if there is an open door right behind him. However, if you recall our previous post which discussed defense of other persons, Larry can use deadly force because Cindy is entitled to use deadly force. Cindy can’t retreat with complete safety. Chris has already shouted at Cindy “Make one move and you’ll be cold before you hit the floor!” In this instance, (1) if Larry was in the same situation of the third party under attack (Cindy), Larry would have the legal right to use the force he is going to use (deadly force); (2) Cindy would be legally justified in using deadly force to protect herself, and (3) Larry believes his intervention is necessary to protect Cindy. As a result, Larry is entitled to use deadly force to protect Cindy. This is a pretty clear cut example, but it illustrates the principle well. 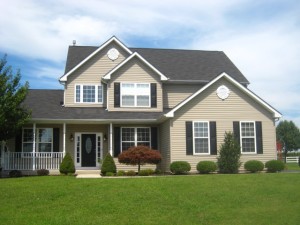 The protections afforded by Pennsylvania’s Castle Doctrine through presumptions are set forth in PA ST 18 Pa.C.S. § 505(b)(2.1). As we wrote above, these protections are relatively extensive. As such, for the purposes of this statute, your “castle” includes your dwelling, your residence, or your car if you are in it.

Notice how the statute uses the terms “dwelling” and “residence.” What does this mean? Basically, the Castle doctrine applies to more than just a house. A dwelling is “any building or structure, including any attached porch, deck or patio, though moveable or temporary, or a portion thereof, which is for the time being the home or place of lodging of the actor.”

This definition seems to include anywhere you would lay your head. Places such as apartments, trailers and hotel rooms have been specifically deemed covered under the Castle Doctrine and includes more than just inside. It includes any attached porch, deck or patio too. 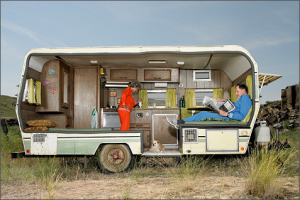 A residence is defined as “a dwelling in which a person resides, either temporarily or permanently, or visits as an invited guest.” Consequently, Pennsylvania’s Castle Doctrine affords these protections even if you are not in your permanent home, and are just visiting.

When you are in these locations, and certain circumstances are present, there is a presumption that you have a reasonable belief that deadly force is necessary to protect yourself against death, serious bodily injury, kidnapping, or sexual intercourse by force. If you recall, that is the very definition of when deadly force is permitted. Therefore, under the following scenarios, the law will presume that use of deadly force was reasonable: 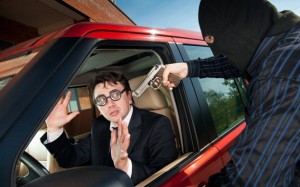 In scenarios one and two, somebody is breaking in, or has already broken into your dwelling, residence, or car (if you’re in the car). In scenario one, picture somebody breaking the door down, breaking windows to get in, or in the case of a car, forcing their way through the door or window. In scenario two, they’re already in. This is the late night intruder who you find downstairs after hearing some noise, the burglar you wake up to bedside, or the car-jacker who forced their way into the back seat when you stopped at a red light.

Scenario three is a bit different, because there is no “breaking in” involved. This might come into play in a nightmare scenario: somebody who is initially in your home with permission attempts to take you from your home.

Some notable exceptions to this presumption will likely seem fairly obvious to LAGOs, such as the exceptions involving criminal activity (you have to have clean hands before using The Castle Doctrine) and using force against known police officers. The other two, while likely not an issue for responsible LAGOs are perhaps less obvious exceptions.

If the “intruder” is a resident or has a legal right to be in the home or car, the presumption doesn’t apply, so you lack this heightened protection. This applies to landlords & tenants (the statute specifically mentions “owner[s] or lessee[s]”), roommates, and members of the family unit. This does not mean that you can’t use deadly force against these people if they attempt to kill you, it just means the law will not afford you the presumption that they were doing so. 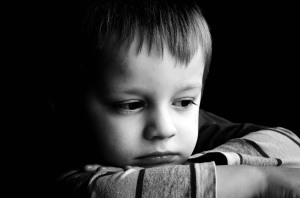 Retrieved from publicdomainpictures.net on 11/26/14.

Another exception involves custody disputes. The presumption does not apply if a parent, grandparent or other person with lawful custody attempts to remove a child from your home. Children are precious, and most parents would do anything in their power to protect them. However, while custody disputes are undoubtedly unfortunate, the law removes the presumption in efforts to avoid them being settled with deadly force.

While there are many situations in which deadly force is justified outside your home or car, Pennsylvania provides its citizens paramount protections in these locations. Understanding these protections will help you protect your status as a law abiding gun owner in the grievous even that deadly force is necessary in self-defense.

What does a presumption of reasonableness mean?

It means that if you fall under the circumstances of The Castle Doctrine, then the prosecuting agency has a much tougher time convicting you. However, all of the protections of self-defense and The Castle Doctrine can be quickly overcome by your statement. Say for example someone comes into your house unlawfully and you know that the person is all alone. The person is actively carrying your big screen TV with both hands clearly occupied. You see this and you shoot. This is not justified self-defense or justified Castle Doctrine. This is a crime. 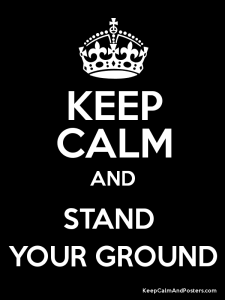 This law has been highly controversial across the nation, and perhaps for no reason at all. Some people who do not like it call it the “Make My Day” law. Highly publicized cases which invited scrutiny of Stand Your Ground laws were ultimately decided on very traditional justification principles rather than the legislative protections of Stand Your Ground.

Pennsylvania’s Stand Your Ground provision is not as extensive as one might have read in the press or on blogs. While it alleviates the general duty to retreat under some circumstances, it does not do any more than that.

If you are attacked in a place where you would normally have a duty to retreat, provided certain criteria are met, you “[have] the right to stand [your] ground and use force, including deadly force.”

In order for this to apply, you:

Unless you are being attacked by someone who has what appears to be some kind of deadly weapon, Stand Your Ground will never come into play. Stand Your Ground protections are also not afforded to those engaged in criminal activity, those who are in illegal possession of a firearm, or when force is used against a known law enforcement officer.

If you’ll notice, the reasons for which deadly force may be used are not any more extensive than provided by Pennsylvania’s general justification laws. The law merely removes the duty to retreat in select situations.

It comes down to this: Larry the LAGO, while going about his daily routine in public,  generally has a duty to retreat before using his firearm, but only if it is possible to do so in complete safety. Suppose Chris the Criminal, who is wielding a knife, approaches Larry on the street. Chris’ arm is in the ready stabbing position as often depicted in horror movies. Larry is in fear of imminent death, and reasonably so. Can Larry retreat in complete safety? Well, perhaps. If Larry is a collegiate sprinter, maybe he can take off and Chris will never catch him. But under Stand Your Ground, the law doesn’t make folks like Larry take that chance.

Since Stand Your Ground has been publicized as taking us back to the days of the old west, LAGOs must ignore this misconception and understand the true meaning of the law. In reality, Stand Your Ground is very narrow in scope, and will only protect you if all of the requirements above are met.

So here’s the breakdown:

Summary of The Castle Doctrine:

Summary of Stand Your Ground: