New Court Ruling on Mental Health Commitments and Firearm Prohibitions: May the Court Give What a 302 Hath Taken Away?

New Court Ruling on Mental Health Commitments and Firearm Prohibitions: May the Court Give What a 302 Hath Taken Away? 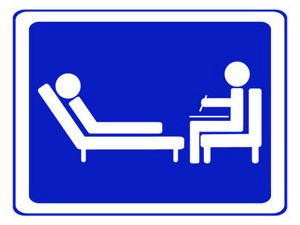 In recent memory, mental health has been a prominent point of discussion when it comes to firearms law and policy. In December, we joined the discussion in the wake of Tyler v. Hillsdale Cnty Sheriff’s Dep’t [Sixth Circuit: Fed Firearm Ban on Citizen Who Has Been Committed to a Mental Institution Unconstitutional]. While federal law prohibits those “who [have] been committed to a mental institution” from possessing firearms (see 18 U.S.C. § 922(g)(4)), the Sixth Circuit found the law to be unconstitutional as applied to Plaintiff Clifford Charles Tyler.

At the state level, Pennsylvania has its own laws dealing with mental health and firearm possession. 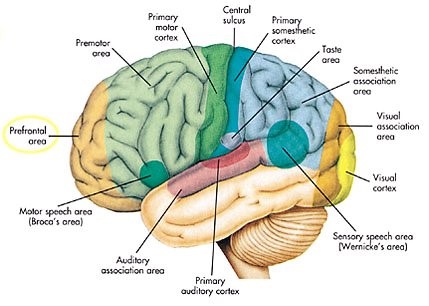 There are three different types of commitments listed in the second bullet-point above, any of which warrant prohibition. The sections of the Mental Health Procedures Act referenced are codified in 50 P.S. §§ 7302-7304.

Involuntary mental health commitments can carry serious implications. Loss of freedom, even if temporary, is one of them. Obviously, another implication can be loss of firearms rights. Freedoms are highly valued in our society. Consequently, because an involuntary mental health commitment can have a tremendous impact on one’s freedom, it is crucial to have appropriate procedures in place.

We at The McShane Firm, LLC are very familiar with the Mental Health Procedures act. We have held the Dauphin County legal contract defending those who face involuntary commitments since 2005. We have over 10 years of experience in defending these types of cases.

Commitments under Section 302 are the most common. A 302 commitment does not require a hearing or any of the due process requirements typically associated with loss of freedom. The process is to be used solely for emergency examination and treatment. As a result, a commitment utilizing the procedures set forth  in Section 302 cannot exceed 120 hours.

7302. Involuntary emergency examination and treatment authorized by a physician–not to exceed one hundred twenty hours

(b) Examination and Determination of Need for Emergency Treatment.–A person taken to a facility shall be examined by a physician within two hours of arrival in order to determine if the person is severely mentally disabled within the meaning of section 3011 and in need of immediate treatment. If it is determined that the person is severely mentally disabled and in need of emergency treatment, treatment shall be begun immediately. If the physician does not so find, or if at any time it appears there is no longer a need for immediate treatment, the person shall be discharged and returned to such place as he may reasonably direct. The physician shall make a record of the examination and his findings. In no event shall a person be accepted for involuntary emergency treatment if a previous application was granted for such treatment and the new application is not based on behavior occurring after the earlier application.

(c) Notification of Rights at Emergency Examination.–Upon arrival at the facility, the person shall be informed of the reasons for emergency examination and of his right to communicate immediately with others. He shall be given reasonable use of the telephone. He shall be requested to furnish the names of parties whom he may want notified of his custody and kept informed of his status. The county administrator or the director of the facility shall:(1) give notice to such parties of the whereabouts and status of the person, how and when he may be contacted and visited, and how they may obtain information concerning him while he is in inpatient treatment; and(2) take reasonable steps to assure that while the person is detained, the health and safety needs of any of his dependents are met, and that his personal property and the premises he occupies are secure. 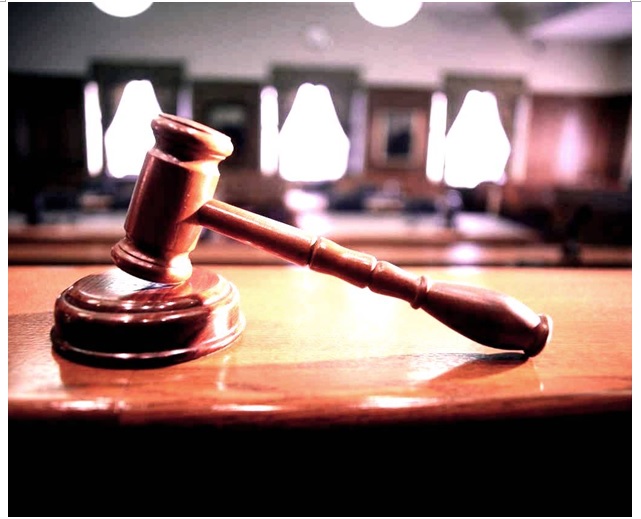 Because 302 commitments do not require an extensive fact finding process, it may seem unfair that they can permanently render a person ineligible to possess firearms. Pennsylvania has some statutory safeguards which seemingly recognize this potential flaw.

First, if a person is committed under Section 302, it will only render them a person not to possess firearms if “the examining physician has issued a certification that inpatient care was necessary or that the person was committable.”

Next, Pennsylvania provides procedures for those committed under Section 302 which may allow them to restore their right to possess firearms. There are generally two potential avenues. Each involve seeking relief from the court.

The alternative procedure does not attack the sufficiency of the evidence or the validity of the commitment. Rather, the petitioner seeks a determination that he may possess a firearm without risk to the himself or any other person. The court will consider the mental state of the petitioner in the present tense, rather than focusing solely upon the facts and circumstances which led to the commitment.

Last week, the Superior Court issued an opinion discussing and clarifying the distinction between these two avenues in Com. v. Smerconish. 2015 PA Super 59.

In 2004, Smerconish was committed under Section 302. In accordance with the laws previously outlined above, the commitment rendered him a person not to possess firearms under Pennsylvania law. Approximately a decade after the incident took place, Smerconish petitioned the court for both remedies discussed above, requesting the court find that he may possess a firearm without risk, and requesting all records of his 302 commitment be expunged.

At the time of the commitment, Smerconish was a college student. Leading up to the commitment, he exhibited behavior which concerned his family members. He had failing grades. He had gained sixty (60) pounds. He expressed that he did not want to live as “a failure.”

Then, he “sent emails to his sister about exploring ways he could die and admitted he had gone on the Internet to read about suicide, but decided he was frightened of suicidal acts.” Additionally, he sent his sister “12 different ‘instant messages’ in which he threatened to kill himself” and indicated that he “was looking for painless ways to do it.”

Being presented with Smerconish’s petition for relief almost ten years after the incident, the trial court found that he could possess a firearm without risk. However, his request for expungement was denied, as the court found that there existed sufficient evidence for a 302 commitment. 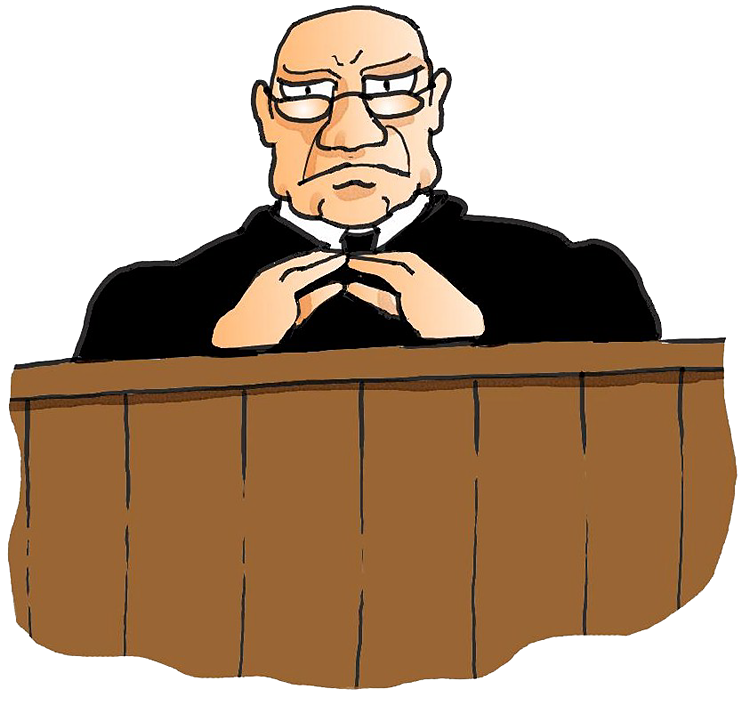 The trial court relied upon the hospital records documenting his treatment and the basis for his commitment. These documents reflected that Smerconish confirmed his communications with his sister. On appeal, Smerconish argued that these records were inadmissible hearsay. However, at trial, Smerconish raised no objections to the admission of these documents, as they were entered by stipulation.

Ultimately, the Superior Court upheld the trial court’s decision. Even though Smerconish was granted restoration of his firearms rights, he was not entitled to have his commitment records expunged.

The Superior Court discussed In Re Keyes, and how the two avenues of relief afforded by Pennsylvania law are separate and distinct. In Keyes, the Superior Court held that “6105(f)(1) is intended solely for the restoration of the right to possess firearms, not for the expunction of a record of involuntary commitment under the [Mental Health Procedures Act].” Smerconish at 7-8 quoting In Re Keyes, 83 A.3d 1016, 1022 (Pa. Super. 2013).

Accordingly, the mechanism Smerconish used to restore his rights ―Section 6105(f)(1)― could not be used to expunge the records of his commitment. The Superior Court confirmed that expungement can only be achieved through Section 6111.1(g). That is, so long as the commitment was supported by sufficient evidence, the records will not be expunged. This standard does not consider the development of the individual since the commitment. It does not examine whether the commitment stemmed from a phase or an isolated incident. It solely looks to whether there was enough evidence for a 302 commitment in the first place.

It is important to understand the difference between Section 6105(f) and Section 6111.1(g). Even though one may be eligible for restoration of rights under Pennsylvania law, that does not necessarily make him eligible for expungement.

This is particularly important because federal law prohibits those who have “been adjudicated as a mental defective or who [have] been committed to a mental institution” from possessing firearms. 18 U.S.C.A. § 922(g)(4). For a long period of time, a 302 commitment did not constitute a federal disqualifier, and few argued otherwise. Under the Code of Federal Regulations, “committed” does not include “observation.”

As discussed above, 302 commitments are tailored towards emergency situations, and as such, lack traditional due process safeguards. However, as reported initially in 2013, Pennsylvania State Police has provided National Instant Check System with hundreds of thousands of records of 302 commitments. Some allege that BATFE now considers a 302 a federal disqualifier, but we can find no authority supporting the same. If the 302 is not a disqualifier under federal law, relief under Section 6105(f) would effectively and entirely restore an individual’s firearms rights. If the 302 commitment was ultimately invalid, due to lack of evidence or insufficiency of the evidence relied upon, Section 6111.1(g) could offer appropriate relief at both the state and federal level.

It is important to note that a commitment under Section 303 is an entirely different matter. A 303 lasts for an extended period of time, and as such, requires additional safeguards and measures to ensure that individual liberties are protected. Because this counts as a “formal commitment,” it constitutes a federal disqualifier. Furthermore, Section 6111.1 cannot provide relief, as 6111.1 only provides authority to expunge commitments under Section 302.

For those who were legitimately committed, yet are presently of sound mind and mentally fit to possess firearms, Section 6105(f) will be the only form of relief available. While a court may declare that an individual can possess firearms without posing a danger to himself or others, this particular form of relief is limited strictly to prohibitions under state law. Even if one is granted relief under Section 6105, the relief will not include expungement of records. If a federal prohibition exists, it can only be relieved through expungement. Finally, while Section 6111.1 may be the answer if there was insufficient evidence supporting the 302 commitment, a 303 commitment cannot be expunged through Section 6111.1.

If you have suffered a loss of your firearms rights because of a brief involuntary commitment under section 302, please fill out the form below today to start working to get your rights restored.