What makes Pennsylvania a “Shall Issue” state? 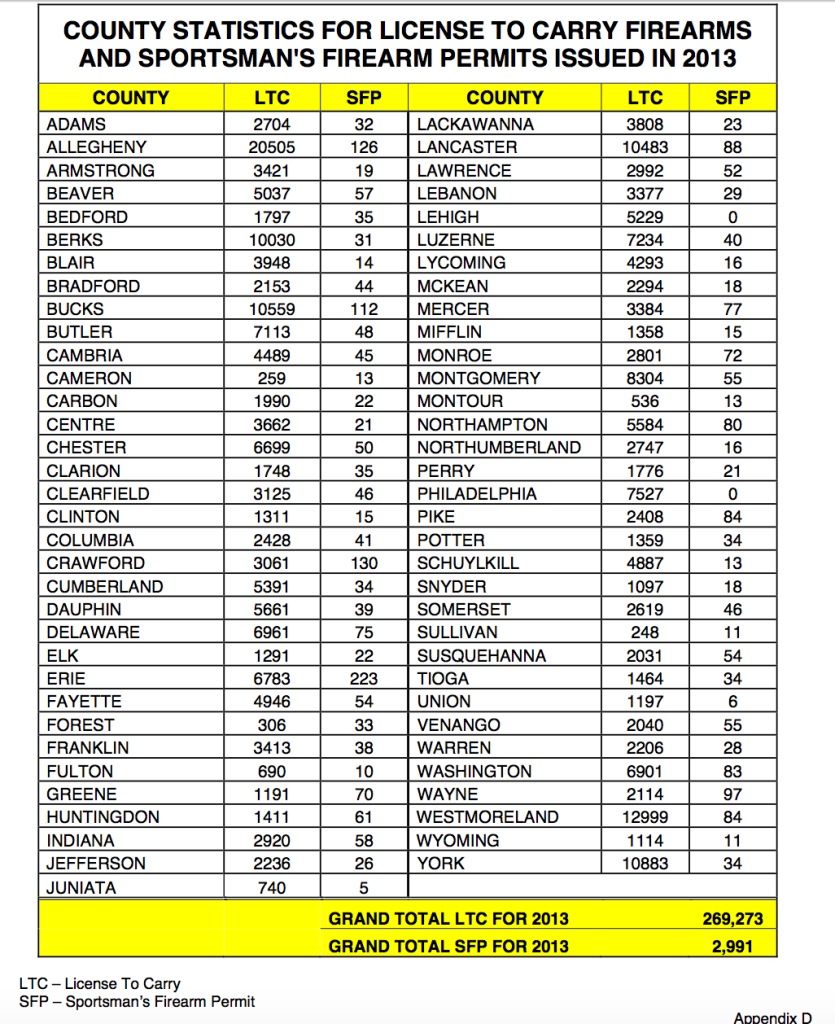 According to the 2013 Pennsylvania State Police Annual Firearms Report, there were a total of 269,273 licenses to carry firearms issued as reported by county sheriffs’ offices and chiefs of police of cities of the first class in 2013. This is a ten percent increase over

[T]he sheriff of a county may, upon the application of any person, issue a license to such person to carry a firearm … if it appears that the applicant has good reason to fear an injury to his person or property, or has any other proper reason for carrying a firearm, and that he is a suitable person to be so licensed.

The key word in that law was the word “may.”
Largely this word “may” was not much of an issue in Pennsylvania due to our culture until Gardner v. Jenkins, 116 Pa.Cmwlth. 107, 541 A.2d 406 (1988) (en banc) was decided. The Commonwealth Court decided that this one word “may” allowed the sheriffs to exercise judgment in applying the statute’s standards to decide if applicants should be licensed.
As one can imagine with the rich culture of gun ownership in Pennsylvania, people were very upset. When people get upset sometimes the members of the legislature listen. So shortly after the Gardner decision, in about 6 months, the legislature totally rewrote the old language of may and replaced it with the phrase “shall be issued” that we see today.
Ever since the 1988 amendment (and generally to a large degree in practice before that), Pennsylvania has been a “shall issue” state.